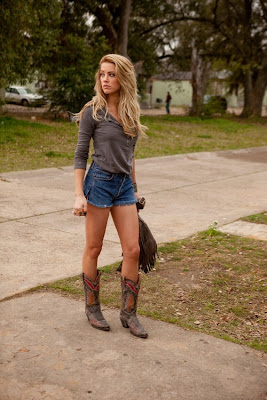 A new story has been added to our site.  Daisy has begun a new series called Wyoming Brides.  Book one is about Luke and Lacey.  Here is a small sample of this story.  Come to the website to read more.


Lacey went running up the stairs to the restaurant if her friend wasn’t working her house was right behind the restaurant as she flung the door open she ran right into Luke, Kayla’s older brother who had also been her brother Josh and Wades best friend. He was 30 years old right in between them.  Luke had a stack of Styrofoam containers filled with food and at 6ft5 Hailey was right at his chest.  She felt like a midget next to him even though at 5ft6 she wasn’t really short for a girl.
“Hey where you going in a hurry little Lacey Turner?” He asked with a smirk as he moved the containers out of the way to see who ran into him.
She rolled her eyes “you watch it you big oaf you about knocked me over.”  Here was another dominating man that she’d rather not be around. All though she found him very attractive; he too raised his sister Kayla like Wade raised her and they had the same ideas and same rules.
“Well excuse me madam” he said tipping his cowboy hat at her and moving out of the way. “Still a feisty thing I see.” She huffed by him rolling her eyes again. “Your eyes might stay that way if you do it too much.”  He chuckled.  She just walked on by him shooing him away.  He watched her walk away. He hadn’t seen her much since she turned 18. She sure did look more grown up and not so much like a child.
He made it over to Josh’s store and was laughing as he walked in. He walked to the back finding Josh and Wade back there.  “What’s so funny?” Josh asked reaching for the food.
“I just ran into a fiery little blonde that resembles the two of you.”
Wade just shook his head “What did she do now?”
Oh nothing really, she ran into me as I was walking out of the restaurant but of course I was in her way.  Then she rolled her eyes and I told her they would stay that way. She called me a big oaf. ME??  A big oaf?” He laughed knowing at 6 foot 5 almost 6 foot 6 it was true. “Then she shooed me away, rather like dismissing me. She’s still feisty huh?”
“That she is maybe someday soon she will get a man to take her of my hands and give her what she needs.” Wade chuckled winking at Luke as he got up.
“Well he better have a strong hand because what she needs is a good ole spanking daily.” Luke said smiling big and thought he might be up to that.
All 3 men started laughing just as Lacey walked in.  “What’s so funny you three goons?”  Being in the same room with the three of them was like a cloud of heavy cowboy testosterone.
“Well there’s my sweet little sister.” Josh said standing up to give her a hug. “Glad your back home I really need your help well Luke does.  Tessa and I are going out of town for two weeks and I need you to help Luke take care of the store.”
Lacey’s eyes got huge the last thing she wanted to do was spend all day with Luke’s over dominance and then go home and deal with Wades barking orders.  “Well If I say no that probably doesn’t matter because I’m pretty sure I really don’t have a choice do I?  And if your here all day what about your ranch Luke? Did you forget about that huh? I can handle the store by myself you can’t work all day and night.” She smirked. “Now that will get him out of my hair.” She thought to herself putting her hands on her hips glaring at Luke.
Luke folded his hands across his chest staring her down “Well miss smarty pants I might look like a dumb cowboy but I’m not. You forget that Dalton has been working for me for years and is now my head foreman.” He smirked back at her has she scowled and didn’t say a word.
“Wow Luke you left her speechless never knew that could happen.” Josh said with a chuckle.
Posted by Cdd Taken in Hand Stories at 6:28 PM