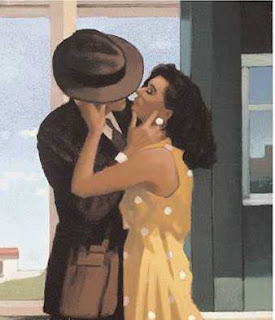 Callie was still in her room, refusing anything to eat.  She had accepted water but that was all.  She didn’t feel like she could put any food into her stomach.  Her stomach was full of butterflies and tied in knots dreading Owen’s return.  She still burned with humiliation that the officers had heard him threaten to spank her and he’d likely not make them leave, so then she would have to endure them hearing her being spanked.  She’d never live it down!

The dreaded knock came on the door.
“Callie? It’s Owen.  Are you decent?” he called softly but firmly through the door.

She didn’t answer.  He knocked again, louder this time.  “Callie!”

Gulping, she took a deep breath and walked to the door and opened standing back as he walked into the room and closed the door behind him.  The room suddenly seemed too small with him in it.  She took a step backward away from him.

She stopped backing up and stood still waiting for she knew not what.

He sat down on the edge of her bed then called her to him.  “Callie come here.”

She hesitated, imploring him with her eyes not to do this.

Hesitantly she started walking toward him, telling her feet to stop moving, but her feet wouldn’t obey her and soon, too soon, she was standing by him.

He took her left hand, and looking up into her eyes asked, “Callie, do you know why you are getting this spanking?”

She tried to look away from him, but he wouldn’t let her.

Gently taking her chin in his hand he asked again, “Callie, do you know why you are getting this spanking?”

“B…because I disobeyed you and placed myself into danger.  I…I didn’t do what you told me to do Sir,” she said softly.

You could have been killed because you didn’t do what I told you to do.  You ignored my repeated warnings against leaving your police protection and nearly got yourself killed.  I am starting to care very deeply for you Callie, not just as a witness but for you.  Do you understand?  I don’t want to risk losing you because you won’t listen to me when I try to protect you.  Do trust me?”

“Yes, I understand,” she replied.  “And yes I trust you.”  And yes she did trust him and yes she did understand because she was beginning to care for him, though she didn’t quite understand it yet.  She had only met him a few short days earlier, but she thought she was starting to fall in love with him.

He looked for a moment into her eyes seeing that yes she did understand and yes she did trust him, and something else in her eyes that seemed to be something more, but he didn’t probe further because now was not the time.  He took a firmer grip on her hand and then guided her over his knees.  He started to spank her over the sweat pants she had changed into after they had returned from the funeral.  He started out lightly at first, gradually building up intensity until she started squirming a bit.  Then he reached under her, loosened the draw string and had her lift up her hips and he tugged her sweats down to her knees.  She hadn’t protested since her uncle Ted had always spanked over her panties.  Owen had noticed she hadn’t protested and that when he had asked her why she was getting a spanking she had addressed him as Sir.  He made a mental note to ask Joe about that.  Owen proceeded to spank her over her panties.  Smack… Smack… Smack…  Then he began to lecture her as he spanked.

“Yesss Sir.”  She was really starting to squirm and to cry softly. “I…I’m ssssorrry.”

Callie began to kick her legs and buck against his hand and tried putting her hand behind her.  Though he had never spanked before, he instinctively captured her right hand in restraining hand and then placed his right leg over hers to hold them still and resumed spanking her.  SMACK… SMACK… SMACK… SMACK….

He spanked her until he could feel the heat from her bottom through her panties and even through the heat of his hand.  He spanked until she quit struggling and lay limp over his knee and accepted her spanking then he gave her a few more spanks before stopping.  He let her lie over his knee for a moment, then he helped her up and let her calm down a bit.

She walked over to the corner without attempting to rub.  Neither her father, brother or Uncle Ted had ever allowed her to rub, so it didn’t occur to her to attempt to rub nor did she attempt to pull her pants up.  Owen noticed that as well and made another mental note to ask Joe.  He decided he’d use the belt instead of a wooden spoon.  He didn’t want to bruise her and her bottom was pretty red already.  He left her standing in the corner and walked into the other room and retrieved a dining room chair and carried it back to the bedroom.  The officers had taken up guard outside her apartment to afford them some privacy.

www.cddtakeninhandstories.com - for the rest of the story
Posted by Cdd Taken in Hand Stories at 11:52 AM